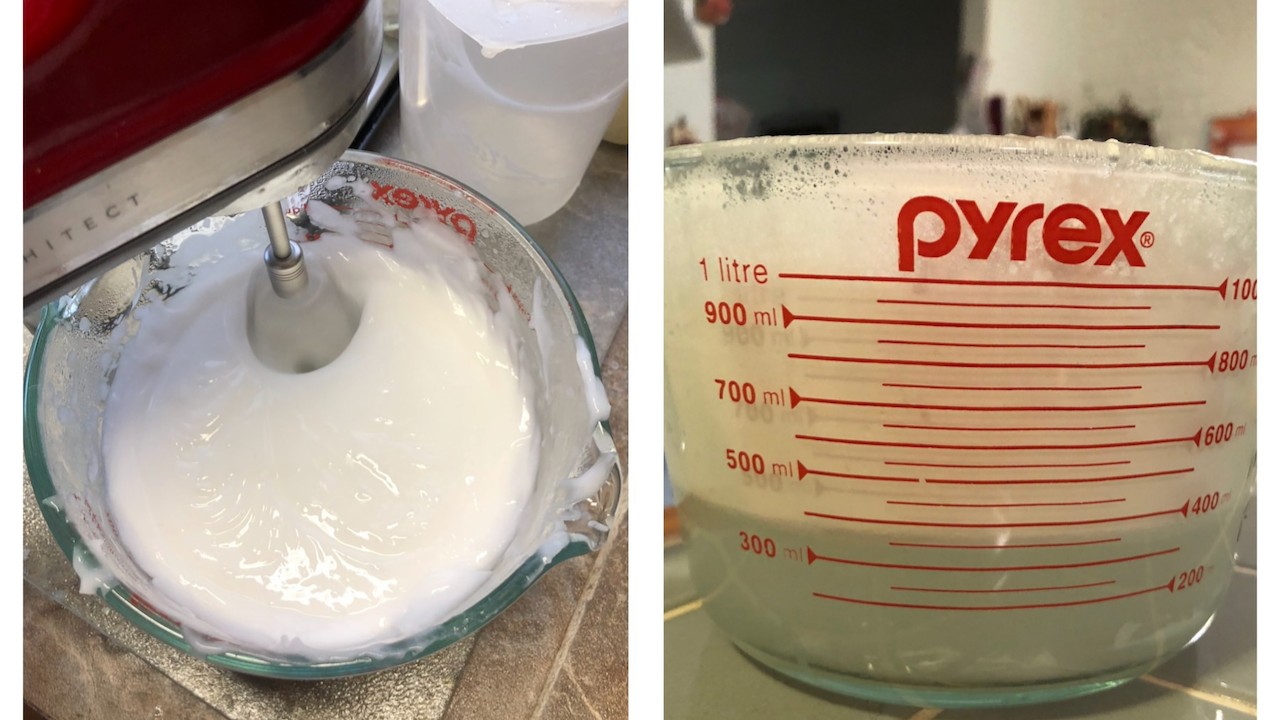 How did this beautiful, fluffy, gorgeous conditioner with Varisoft EQ 65 become that epic fail? This is what happens when the process required to make a product isn’t followed properly. If it needs high shear and you’ve used a hand mixer, the product will fail. If you’re supposed to alter the pH at a certain stage and you decide to do it later or just ignore that step, it’ll fail. If you add something in the heated water phase that was supposed to be in the cool down phase…well, you get the picture.

The formula is nothing without the formulating guidelines, without the process. I’ve been saying and hash tagging it for a year now, and as annoying as it might be, it’s true: The process is just as important as the formula, and without knowing both, you’re setting yourself up for a whole lotta sadness. 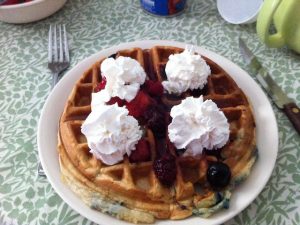 Think of it this way — what could you make with eggs, flour, butter, and sugar? Literally hundreds of different treats come to mind – all of which I’m craving at the moment! Thanks a lot, you stupid brain! – and they take on different forms using the same ingredients depending on how they are mixed, rolled, baked, and generally prepared.

Whip up the egg whites and make a soufflé. Don’t whip them, and you have a cake. Pour that batter on a griddle and make a pancake; use a waffle iron, and you’ve got a tasty treat. Change the ratios, use cold butter, and make a pie crust or croissant.

Varisoft EQ 65 needs a final boost with a stick blender at just the right temperature to thicken it up. If you use it the way you would Polawax by heating and holding, combining the phases, then start mixing them as they cool, you’ll end up with the separated mess I shared with you at the top of this post. (That happened in a day – fluffy today, awful tomorrow!) Follow the guidelines properly, and you have the fluffiest conditioner or lotion you’ll ever make

Ritamulse SCG will fail if the cool down phase is too warm and the oil phase is too high. (I learned that the very very hard way!)

Related post: Discussion: What did you learn from an epic fail?

Put Natragem EW in the water phase for a thinner lotion; in the oil phase for thicker.

The viscosity of Olivem 1000 changes with the speed of mixing.

Simulgreen 18-2 falls apart if you don’t use a stick blender followed by a hand mixer.

Try as much as you like, but as high as 5% Crothix won’t thicken foaming silk, decyl glucoside, or caprylyl/capryl glucoside, but it’ll turn sodium laureth sulfate (SLeS) into Jell-O at 2%. 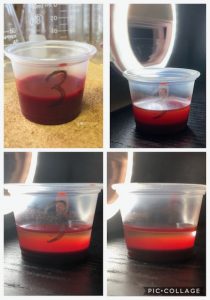 And you saw what happened when I didn’t have the correct process for working with Garamite 7308, aka TKB Thickening Clay. Eek!

This was version 3, which was mixed according to directions with a stir stick, and it failed utterly within two days. I’ve started the experiments again, and will share that with you soon!

There’s a reason manufacturers hide their formulation guidelines and instructions: They’re vital to understanding how to work with an ingredient and can take ages to perfect. They’re incredibly valuable, probably more valuable than the formula itself because once they’re in place, it’s quite easy to create many more formulas and know they’ll work.

Process can be the difference between a run-of-the-mill lotion that feels nice and a bouncy, watery, hydrating lotion with “quick break” and “fresh kick”. It’s the reason you’ll see water-in-oil lotions with a 90% water phase and oil-in-water lotions with a 90% oil phase. (I know, right? Amazing! Can’t wait to share that with you!) It’s the difference between creating a super fluffy bubbly cloud and liquid mess of surfactants with thickener coagulating at the bottom of the container. 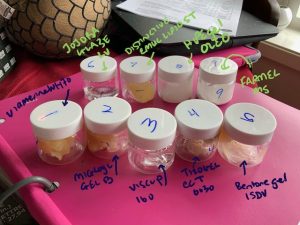 Part of what I’ve been doing since I returned home from In Cosmetics is reading formulation guidelines for all the new ingredients I have – the ones I brought home and the ones that Tammy, Unicorn Chemist, sent me – so I can follow company formulations or create my own.

Everyone thinks they’ve hit the jackpot when they find a “free recipe” – boy, am I ever seeing that in those who ask me questions about shampoo bars! – but assuming that every lotion or conditioner works the same as the ones you’ve seen with Polawax or Incroquat BTMS-50 will only lead to heartbreak.

You can find a lot of my epic fails on the blog because it’s all part of my learning process so I can share these formulas with you. If I can help you not have those experiences, then I’ve done at least a part of my job properly.

As they used to say on TV, I’m making all these mistakes, so you don’t have to!