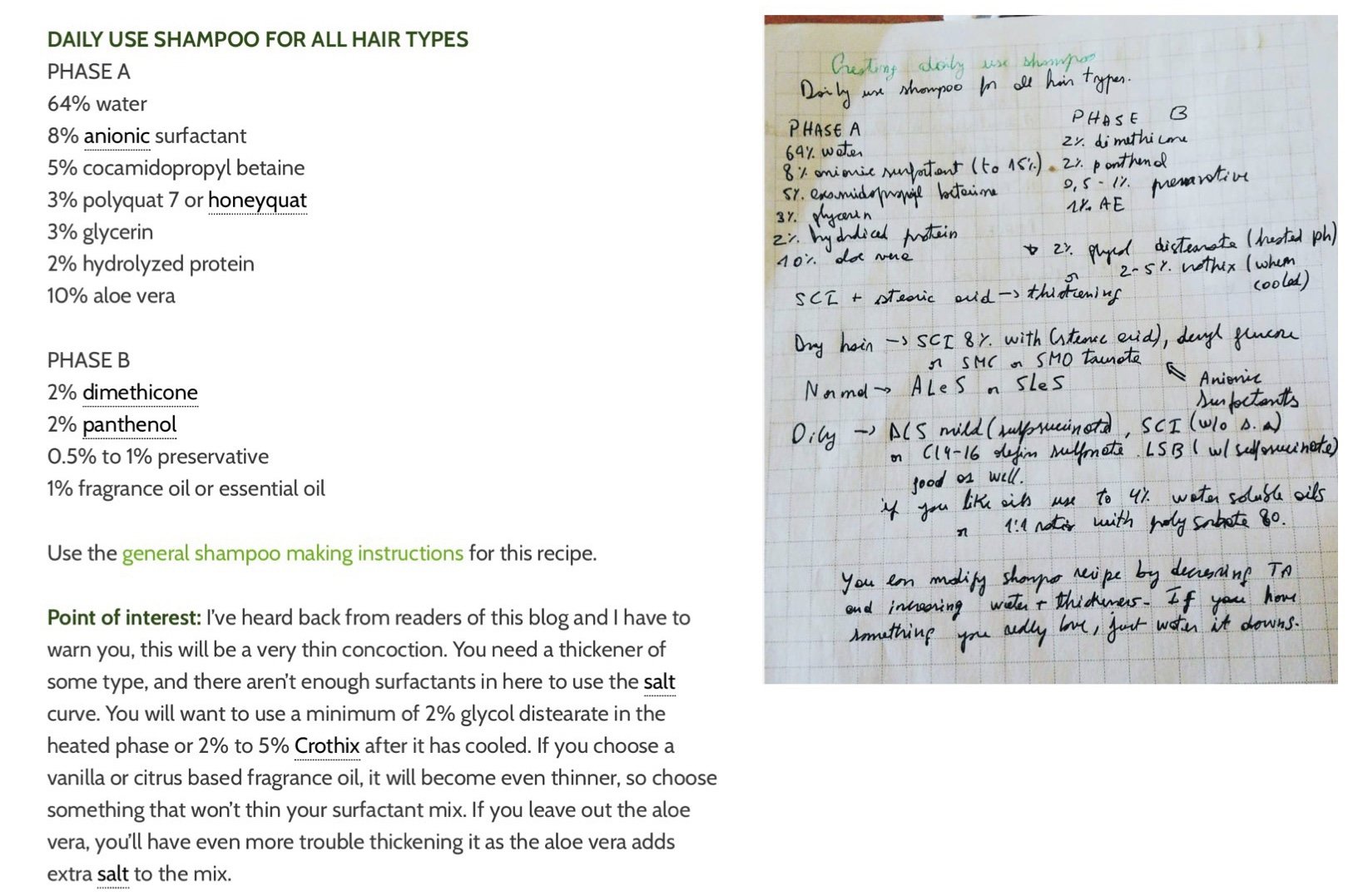 Thievery is rampant in our so-called community, and it’s time for it to stop. It takes more work than I’ve ever shared here to get even one formula right. For someone to take countless hours of work and all the expenses that go with ordering supplies, experimenting, learning, studying for university, buying equipment, and so much more by pretending they did more than a quick cut and paste and maybe a test batch or two is beyond intellectual dishonesty. It’s unethical, selfish, and mean.

If you’re inspired by someone else’s work, share it. If you found a formula that got you thinking, link to it. If you “borrow” a formula and change a thing or two, write that. Give credit where it’s due. Don’t create a career and a reputation on the backs of those who gave freely and worked harder than you. You’re the reason people don’t want to share or offer help any more. You’re destroying the community.

Don’t think that because those of us from whom work has been stolen haven’t noticed because we haven’t said much about it. I’ve been working with a number of wonderful people who have had their work stolen by the seemingly countless unethical people who want to be called formulators so badly, they take whatever they want and slap their name on it. We’ve been working on how to share all of this and how to create a community where this is no longer tolerated.

This formula was shared in this post in May 2010. His formula was on Instagram in the last few months. He’s the one who has been harassing me and selling my stolen work since May 2018.

How to find formulas on the blog